Pogba signed a five-year deal after his world record move from the Turin-based side to Old Trafford for £89 million. The 23-year old left United four years back when he couldn’t agree with the management over playing time and wages.

Anders Lindegaard joined West Bromwich Albion on August of 2015 on a free deal but the Danish shot-stopper has failed to make an impact with the Premier League club as he has had to settle with a place on the sidelines. Boaz Myhill and Ben Forster are the main goal-keepers of West Bromwich Albion and Anders Lindegaard just can’t seem to get playing time ahead of those players.

Anders Lindegaard could be on his way out of the club this summer despite having a year left on his contract with the Baggies. 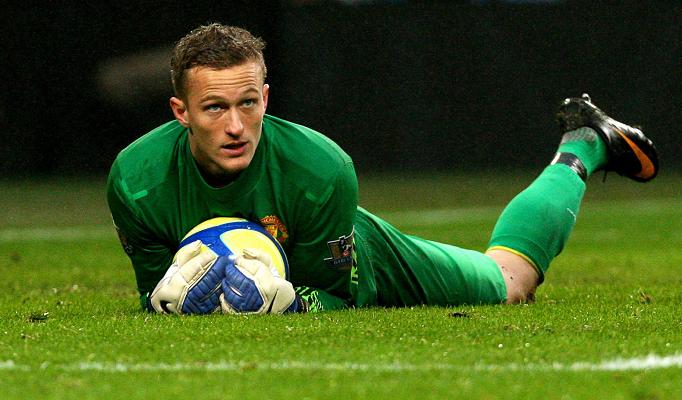 West Bromwich Albion feel Anders Lindegaard is surplus to requirement at The Hawthorns and with Ben Foster returning from his long term knee injury, the club is likely to offload the goal stopper this summer.

After a first season full of mistakes, David de Gea slowly seems to be establishing himself as one of the best goalkeepers in the Premier league. During his first season, it appeared that Andres Lindegaard, who was expected to be a backup for de Gea, would establish himself as the unlikely first choice at United.

Back then, Sir Alex Ferguson was unsure about the trustworthiness of de Gea. This led to Lindegaard making several appearances in the first-team and he did not let Ferguson down. He was one of the reasons for United lifting the last title.

At this point in time there is no doubt in anyone’s mind about the horrendous season that Manchester United is going through since the arrival of David Moyes to the club but most of the blame is being placed upon the coach instead of the players which have suffered a huge drop in form compared to the previous season.

There are a few exceptions however of a few players that have been rescuing Manchester United from further disappointment and in that short list of performers, Rooney, Van Persie and De Gea can be named.

There is no doubt whatsoever that David de Gea is the main goalkeeper for David Moyes not only in the current campaign but for the upcoming seasons as well. The Spanish goalkeeper is just 23 years old and already has secured his starting place in the club that has won the Premier League title more than any other club in England.

Although, Anders Lindegaard is behind David De Gea in the pecking order of the goalkeepers at Manchester United, but, his relationship with his Spanish teammate is quite good. These two guys like each other’s company and discuss a lot about the goalkeeping skills. Lindegaard said that in one of his interviews last week.

Lindegaard who plays for Denmark at international level is yet to make a league appearance for United this season. He has just been tried in a few cup games and despite impressing in those games, he hasn’t been persisted with.

Anders Lindegaard is believed to have started thinking about a move away from Old Trafford. The Danish goalkeeper who had joined Manchester United 3 years back after leaving Aalesund FK has not played even a single Premier League match for the Red Devils in the ongoing season.

The 29 years old Danish goalkeeper of Manchester United signed for the English Premier League club in August of 2012 with a contract that extends until 2016 although he has barely seen any time on the playing fields.

Consistent performances from the Spanish goalkeeper David de Gea have kept Lindegaard just watching at the horizon with nothing else left to do then just watch from the bench. He made a fairly disappointing performance when he played in December of 2012 in United’s match against Reading that saw Sir.

Eriksen has signed for the Spurs this summer after leaving the Dutch club Ajax Amsterdam. He has already put up some brilliant performances for his new club.

According to Olsen, the Tottenham management has done really well by signing the 21 years Old Danish midfielder.

Talking to the correspondent of a newspaper yesterday, Olsen said, “Christian is a fine player. He is blessed with special abilities.”