Danish shot stopper Anders Lindegaard began his professional football career at local club Odense Boldklub. He was born in the Dyrup suburb, Odense. Lindegaard made his Danish top flight debut during the 3-1 win over Silkeborg IF on November 19, 2006. He was unable to keep a clean sheet in Odense goal on the occasion of his professional bow after Silkeborg scored a goal during the game. 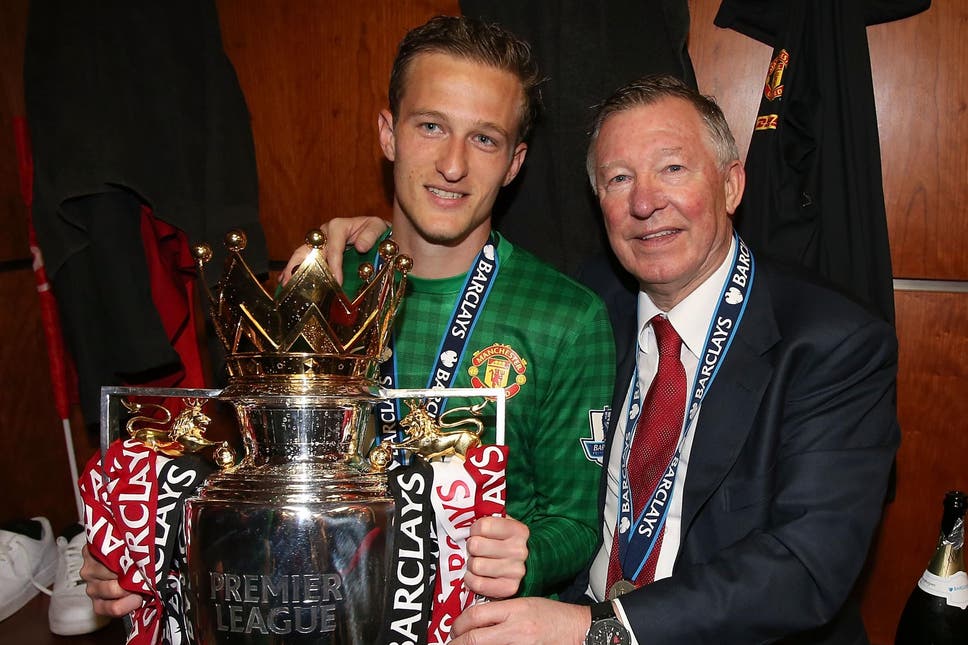 Almost three years after his professional debut, Anders Lindegaardmade his bow in a UEFA competition during his 4-3 win over Rabotnicki. Lindegaard was not the first name in goal for Odense during his time at the club as he constantly played second fiddle to ArekOnyszko.

Anders Lindegaard spent some time on loan at Kolding FC when he was at Odense. He was unbeaten in the ten games played in the FC Kolding goal after the club had lost the first four games of the season. Lindegaard also played at Aalesund as a loanee of Odense. He would later join Aalesund on a permanent deal.

Lindegaard was seen as the replacement for Onyszkoafter the goalkeeper was sacked by Odense in June 2009 for him being convicted for assaulting his ex-wife. However, he left the club permanently for Aalesund after impressing for the Norwegian club on loan. Lindegaardwon the 2009 NorwegianFootball Cup during his time at Aalesund. A year later, he was named the best goalkeeper in Norway and Denmark after bagging the Goalkeeper of the Year award.

Anders Lindegaard was seriously linked with a move to Manchester United at the start of November 2010. The transfer rumours became real when Manchester United signed him for an undisclosed fee said to be around £3.5m on November 27, 2010, but was not eligible until January 2011. He signed a three-and-a-half deal to join the Red Devils.